Dig In to the Bible

Dig In to Prayer

This Lesson at a Glance

Kids share about a topic related to the lesson.

Kids talk about famous people, attempt to build a tower, and learn why it matters to them that God is the greatest.

Only available in One Room class format. 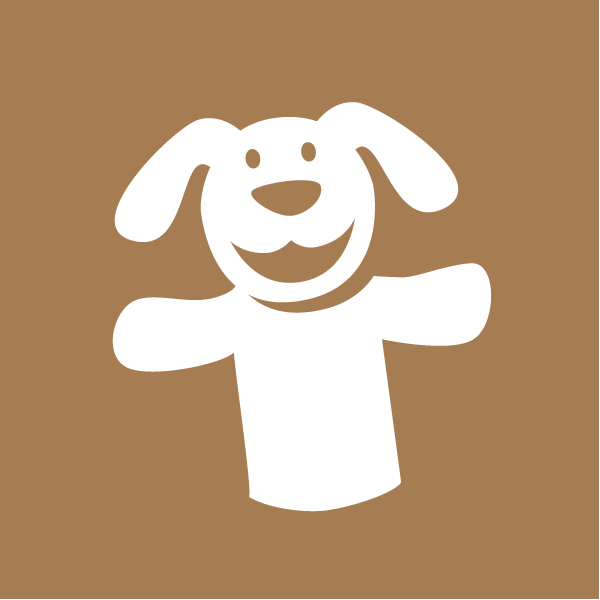 Kids lead their friends around the room.

Kids receive a take-home page about the lesson.

*Marked supplies can be reused from Core Bible Discovery

Let's keep kids safe! You can help by using supplies as instructed for only ages 3+, purchasing child-safe items, and being aware of allergy concerns.

Say: Today we’ll learn that God is the greatest. We’ll hear about some people who tried to be greater than God by building a very tall building.

Open a Bible, and say: All those things are high up in the sky, and some are probably even higher than the building the people in the Bible built. It can be fun to be high up in a building or an airplane! But the people in the Bible wanted to build a tall building to make themselves greater than God. They learned that they couldn’t make themselves greater than God. No one can, because God is the greatest. The Bible tells us all about how amazing and great God is. God uses the Bible to talk to us. Let's listen to God as we hear from the Bible today.

Light of the World

Sing the three songs in any order.

Say: Today we’re learning that God is the greatest. He’s greater than anyone who ever lived.

Ask: • Who is someone you think is great? Kids can share about famous people or people they know personally. Encourage them to share what they think makes those people great. For example, maybe the people they mention can do something no one else can do.

Show a Bible. Say: The Bible tells about some people who wanted to become great, and they had an idea. They decided to build a city made of bricks. Give children sheets of newspaper or newsprint. Have them crumple the paper to make at least one “brick” each.

Say: They used the bricks to build a tower. They hoped to make it so tall that it would reach the sky! Let’s see if we can build a tower that tall. Invite children to work together to continue to make “bricks” with the newspaper and stack them on top of each other. Help kids tape the bricks together to stabilize the tower. They can continue doing this for about eight minutes. If the tower falls, they can try building it again.

Say: Our goal was to build a tower that reached the sky.

Ask: • Tell whether you think we reached our goal. Encourage children to explain why they did or didn’t reach their goal of making a tower that reaches the sky.

Say: The people in the Bible didn’t reach their goal. They wanted to become the greatest by building their tower, but that’s impossible because God is the greatest. Invite children to tell reasons they think God is greater than the people in the Bible. Help them get started by giving your own examples, such as God made everything, God can do anything, and God is stronger than anyone.

Say: The people wanted to become famous for their tall tower. They stopped thinking about God and started thinking about how great they could be. But God knew that wasn’t what was best for them. God did something to protect the people: he separated them. He made them move away from one another so they couldn’t work together anymore and make choices that would hurt them.

Share about a time you and your friends had to be separated to keep you safe or focused on doing right.

Ask: • When have you and a friend been separated after you made a wrong choice together?

Say: God separated the people by making them speak different languages so they couldn’t understand one another. Invite kids to “separate” by spreading out in the room, and have them make up pretend words or repeat “babble” over and over again so no one understands what they’re saying.

Share about a time God provided for you. Maybe God gave you a job so you could buy food and a home.

Ask: • What are some things God’s given us? Kids might share that God gives them parents to take care of them and feed them.

Share about a time you felt love from God. Maybe you were sad, and God reminded you of a verse in the Bible about his loving care.

Ask: • God loves you so much! Why do you like knowing that? Kids might say because God is strong and will take care of them.

Say: God is the greatest! He likes it when we show love to others, but he’s the one who teaches us how to love.

God is the strongest and the most powerful, and we can celebrate him for how great he is. And because God is so great, we don’t need to be! We can take our eyes off ourselves and make God the greatest!

Not available for this age level.

To use this feature, please ask your DIG IN Director to create a One Room classroom. For instructions and tips on creating a classroom for at-home lessons, click here.

Say: Today we’re learning that God is the greatest, and we don’t need to be.

Ask: • If you could be the best in the world at something, what would you want it to be?

Say: Let’s watch a video about a kid who’s getting ready to be the best super quadcopter racer in the world.

Ask: • What did you think about how Carter was acting?

• Who is someone you noticed that Carter hurt? Explain.

Not available for this age level.

Say: It’s so much fun to blow bubbles! Let’s try to make the biggest and greatest bubble ever!

Have kids take turns blowing bubbles with small wands. Encourage kids and challenge them to blow the biggest bubbles they can.

Say: You made some great bubbles. But now let’s see if we can make bubbles that are even greater! Instead of using small wands, let’s use these big ones.

Say: The small wands make great bubbles, but the big wands make even greater ones! Invite children to talk about the biggest bubble they saw during their time playing.

Say: We can try to make great big things, but nothing is as big or great as God! God can do anything, and he loves us more than anyone. God is the greatest. Blow a big bubble, and invite kids to shout “God is the greatest!” before it pops.

Divide kids into groups of three or four, and have each group sit together near a wall in your room.

Say: There are so many great things and people in the world. As you name each of the following great things, place one sticky note on the wall, adding one note above another to resemble a tower. Some great things include our families, fun parks, ice cream cones, pretty lakes…and so much more! Let’s work in groups to build sticky-note towers to show all the things we think are great!

Give each group a pad of sticky notes.

Let kids take turns sharing something or someone they think is great, peeling off a note from the pad, and sticking it to the wall to create a tower. Have kids put their first sticky notes at the base of the wall and continue sharing and adding sticky notes as high up the wall as they can reach.

Once kids can’t reach any higher, have them share with the whole group some of the things they think are great.

Say: Thanks for sharing about all those great things. And you know, all of those things are great because of God! God made everything that’s great. He made great big grassy hills that we have fun rolling down, and he made delicious berries to eat. God gave us great people in our lives and our favorite music to listen to. Everything that’s great is that way because it’s a gift from the greatest one: God. Here’s what the Bible says about that.

Say: Out of all the great things in the world, God is the greatest! That’s because God is the creator of every great thing, and he’ll always love and care for us. God is so good to us!

Show kids the banner you made before class, and tell them what it says.

Say: Let’s decorate this banner and hang it above our towers to remember that God is higher and greater than anyone or anything. We don’t need to try to be the greatest because we have a God who loves us who’s the greatest. God is the greatest!

Lay the banner on the floor along with the craft supplies, and let kids decorate it. Then hang up the banner above kids’ sticky-note towers, and lead kids in cheering “God is the greatest!”

Say: Let’s play a game where everyone will have a turn to be the line leader. As we walk in line, we’ll do what the leader does!

Tell kids what you enjoyed about being the line leader. Perhaps you felt important or liked making kids laugh and have fun.

Ask: • What did you like about being the leader in our game?

Say: In our Bible story, the people worked hard to build a tall tower. But God stopped their work and separated all the people. Let’s play a game where we’ll build a tower with cups and then separate them!

Say: Like the cups separated and scattered in our game, the people in our Bible story were separated. They forgot that God is the greatest! God is the greatest at loving people and taking care of us. He’s the most powerful and knows more than anyone. Since God is the greatest, we don’t have to be. We can trust that he’ll help us, even when we mess up or fall down! 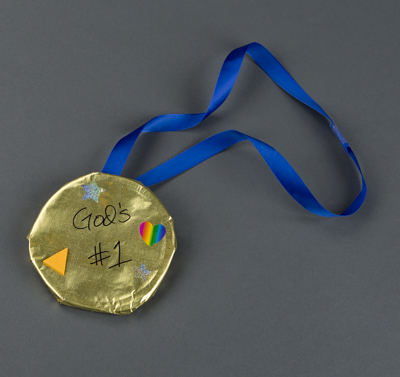 Tell about a medal, trophy, or award you’ve received. Invite children to share about medals, trophies, or awards they’ve received.

Say: In a competition like the Olympics, when people come in first place, they get a gold medal. That means they’re the best at that competition. Let’s make a gold medal for God that says “God’s #1” to remember that God is the greatest and that we get to be on God’s team.

Say: Let’s sing a song to celebrate and worship God for being the greatest.

A Cheer for the Greatest

Say: Today we found out that God is the greatest, so we don’t need to be. Let’s say a cheer for God!

Lead the children in the following leader-and-response cheer. After you say something great about God, the kids will respond with, “God’s number 1!” Encourage children to pump their fists as they cheer.

You: God made the whole world! Kids: God’s number 1!

You: No one is greater than God! Kids: God’s number 1!

If the children want to add things about God, they can take turns being the leader while you and the other children shout “God’s number 1!”

Say: There’s no one greater than God. God’s the greatest! Let’s thank God for being the greatest at loving us, caring for us, and protecting us. Lead the children in a short prayer.

Let the kids know that you enjoyed having them in class today. Tell them you hope they’ll return next week.

Distribute a copy of the “Dig In @ Home” handout to kids as they leave, or email it to parents during the week.